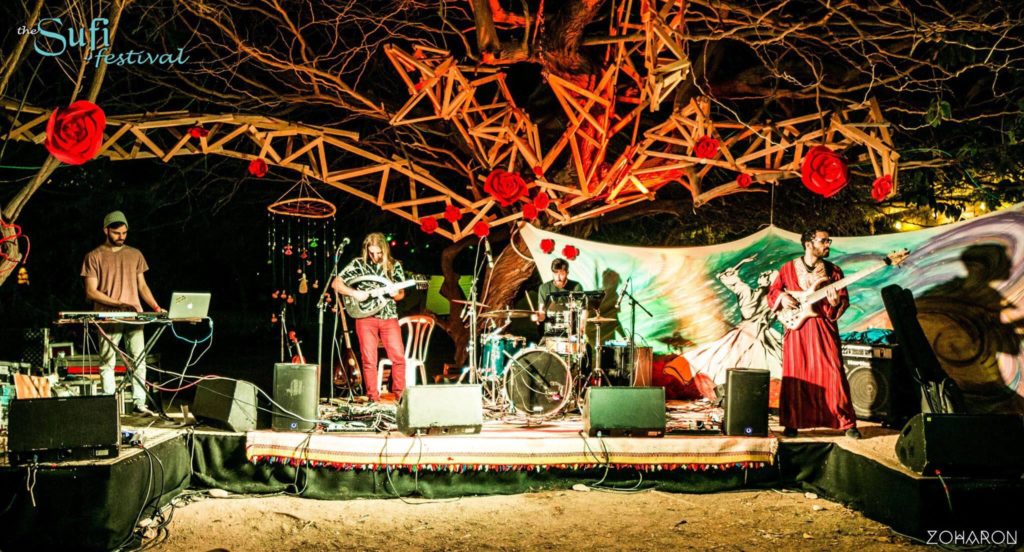 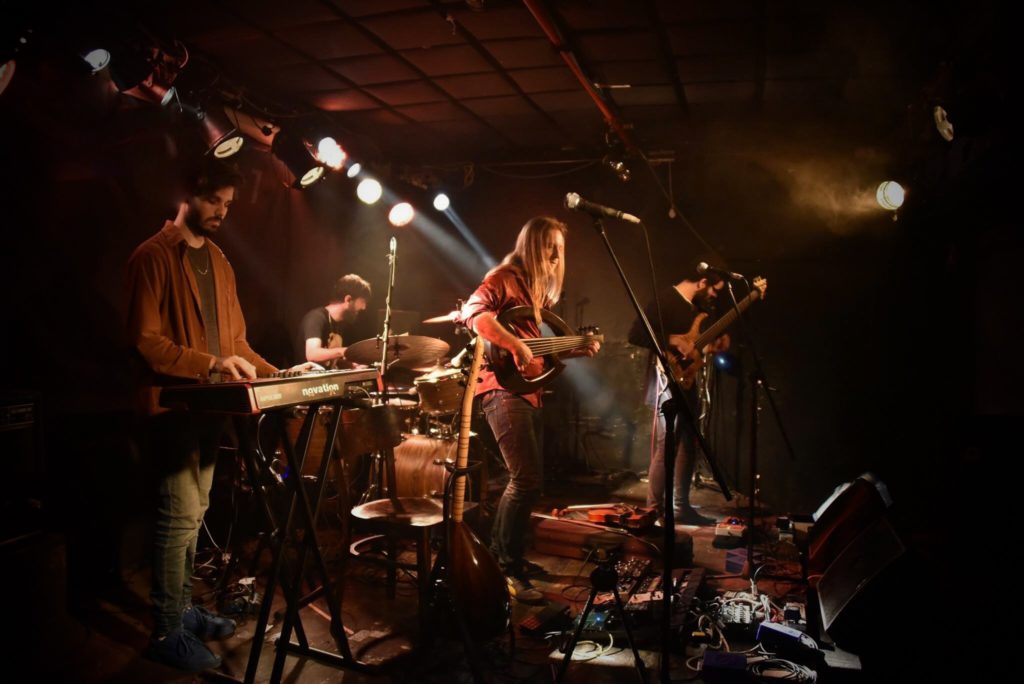 Formed by four of Israel’s premier musicians with different musical backgrounds in jazz, ethnic and electronic music, Taichmania erupts into the scene fusing melodies of east and west with both modern and traditional structures of sound.

The fusion of oud, saz and violin with electronic synths creates an unusual meeting place between Middle Eastern maqam, British psychedelia, Turkish rhythms and American world music. All of these layers are seamlessly blended together into trance and jungle beats that can only exist in the far out realm of Taichmania.

Yaniv Taichman, the band’s frontman who composed all of the music, recently created the concept after decades of in depth research of Ancient Ottoman folk and Arabic music. Yaniv, a well-known oud player in Israel, studied Oud and Turkish music in Istanbul with Professor Mutlu Torun, Indian classical music in Varanasi with Pt. Shivanath Mishra as well as jazz and contemporary music in Israel at Rimon College of Music. Additionally, he also plays saz, violin and guitar. Yaniv continues to perform and is a full-time musician, teacher and composer for over 18 years.

Taichmania aims to tease the audience’s ears and, at the same time, make them feel comfortable with unusual rhythms as well as ancient scales and modes to promote movement and connection with complex melodies.

Debut album to be released in May/June 2019.

A swirl of Middle Eastern sound that will take you on a trip through broken beats, warped melodies and hypnotizing grooves.